We are happy to announce we have a new website with several new projects, including the concept of advertising Captoorama through connected temporary tattoos, the building of a wooden housing for a couple Wooden House, a conceptual idea (W) for the Deutsche Bank & Designboom where we were shortlisted selected, and the ephemeral project for MIAU (Mostra Internacional d’Art Urbà), #1passat1000futurs. Enjoy!

The In/Out Artifact we helped develop in the iD Workshop had a feature in the La Vanguardia newspaper in Barcelona! 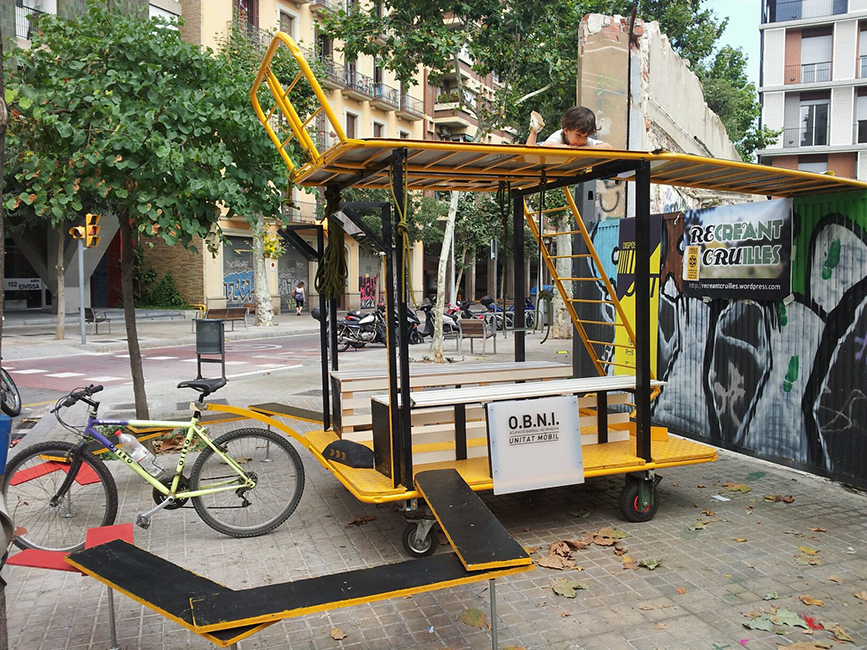 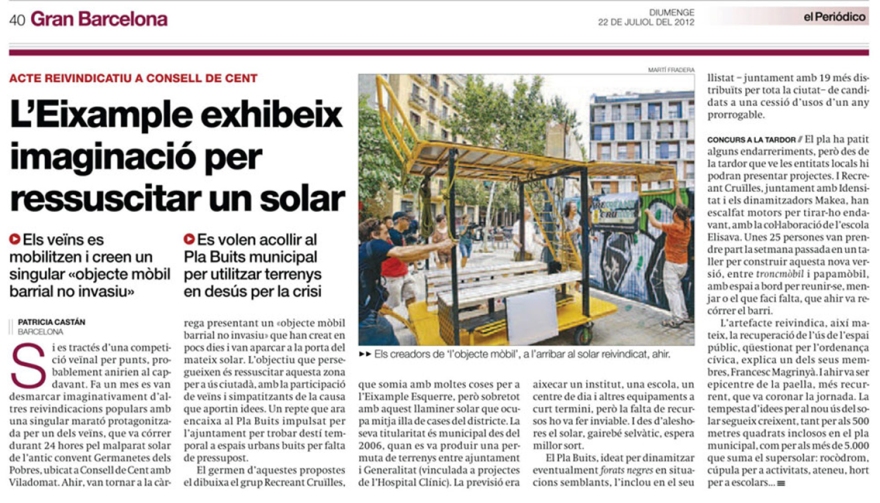 JUNE 2012
Luxescena was selected to be exhibited in the International Architecture Festival EME3 in the city center of Barcelona this month… it was a great honor and we had a blast. Workshops, discussions and lectures during the event were also quite worthwhile. We were very happy to be a part of it!