The site is located near the historical center, where the old handball court was. Two level streets and a sloping one define a rectangular block with flat topography, creating a limit with the railway that passes through Granollers.

The entire area is affected by a process of urban transformation that plans to cover the tracks (modifying section, levels and the inclination of three of the streets that define the plot, and creating a public space in the frontal façade), open a new street to north (isolating the plot of the buildings that currently limits it), and modify the spaces and buildable heights in the area.

The aim is to build residence and day center for elderly people, maintaining and preserving a centennial pine and a power station as conditions.

The proposal responds to both current realities and the future, posing an architectural intervention with three lines of work: urban, functional and environmental. 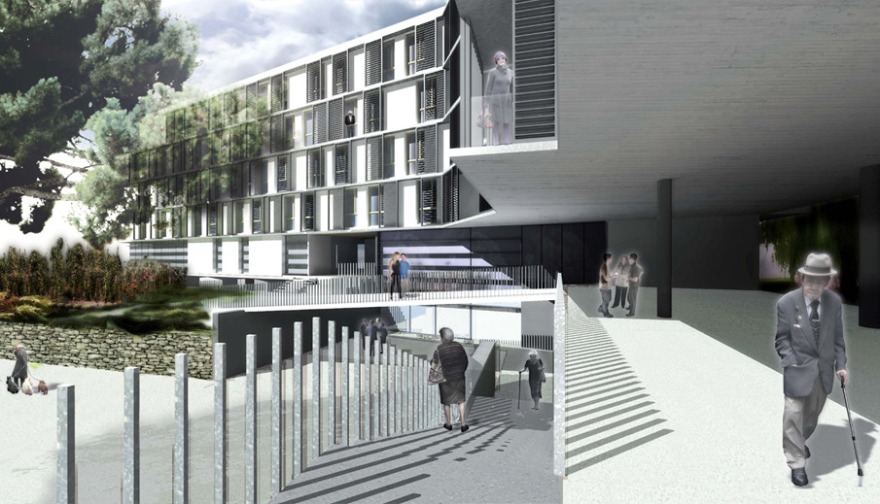